How Does Dysport® Work?

Dysport is a prescription injection that temporarily improves the look of moderate to severe frown lines without changing the face’s overall appearance. The untreated facial muscles still work normally, allowing you to freely show facial expressions, such as smiling, in untreated areas.

Frown lines are caused by dynamic muscle movement. Over time, repeated action of the facial skin by the brow muscles forms lines between the eyebrows. Age is a factor, but repeated facial movements, such as frowning or squinting, can also create frown lines, which means they may develop even in younger adults. 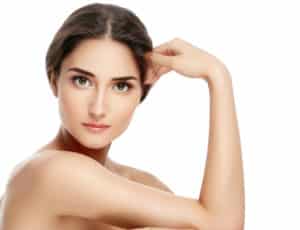 Dysport® works to block the signal from the nerve to the muscles, resulting in a reduction of muscle activity and temporarily preventing contraction of the muscles that cause frown lines. Results last for up to four months.

Is Dysport® Right For Me?

Side effects may include bruising, swelling, or redness at the injection site. Prescription Dysport® temporarily improves the look of your moderate to severe frown lines without changing the look of your whole face. It’s important to note that you should not be treated with Dysport® more frequently than every 90 days.

The untreated facial muscles still work, as usual, allowing you to show facial expressions freely. So now your eyes will tell your story, instead of revealing the lines between them.

Any cookies that may not be particularly necessary for the website to function and is used specifically to collect user personal data via analytics, ads, other embedded contents are termed as non-necessary cookies. It is mandatory to procure user consent prior to running these cookies on your website.